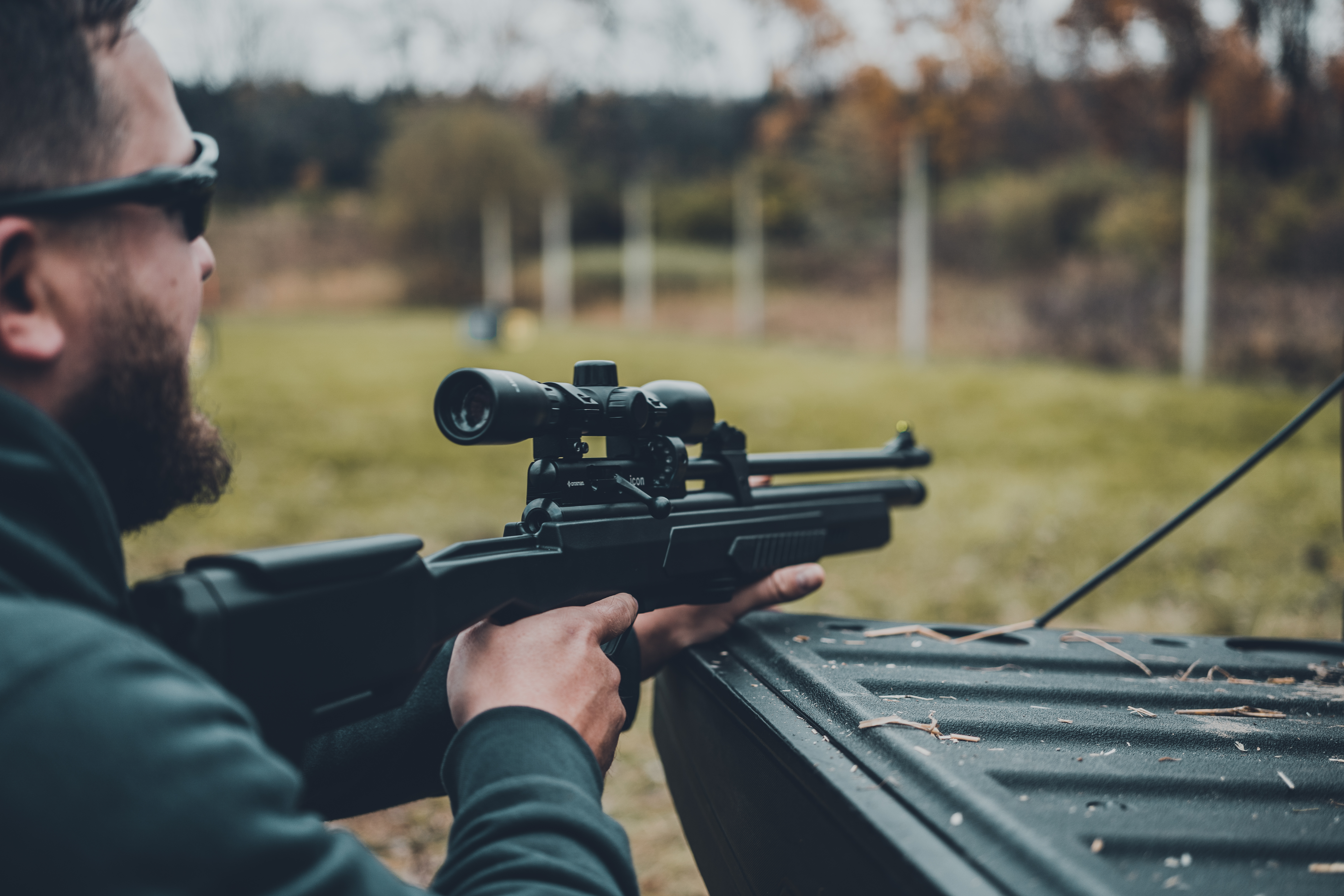 Game ON: Its Airgun Hunting Season

As the Summer season winds down and there begins to be a nip in the air, seasoned hunters and outdoor enthusiasts alike can’t help but turn their focus to the coming Fall hunting season. There’s just something about getting out into nature, surrounded by the rich autumn colors, a close-knit crew of friends, and — of course — the thrill of the hunt that keeps us coming back for more.

For those newer to the sport or to airgun hunting, where to begin!? In this article, we break down the basics of airgun hunting so you can start your Fall season off right.

Hunting Basics: Getting to know the various hunting seasons

Don’t actually pull the trigger if you’re trying to fire accurate shots. Instead, gently squeeze it. If you quickly pull it, you’ll jerk the air rifle and throw off your shot.

Hunting is an ancient tradition that dates back as far as 1.7 million years ago—to the dawn of man in the Early Pleistocene era. It started as a fundamental human need for survival as people would hunt game to eat and keep themselves warm and clothed with the furs, hides, and feathers of their prey. While there are still communities that hunt for these purposes, civilization has largely evolved and hunting has transitioned into more of a means to reconnect with nature, to manage wildlife, and to prove one’s ability to fend for oneself.

Hunting is an exceptionally popular sport the world over. In order to manage hunting responsibly, there have been some regimented rules and regulations set in place. These are determined by your state’s governing bodies. The goal of these implemented regulations, such as specific hunting seasons, is to manage the population of wild animals and maintain or conserve the balance of each state’s ecosystem. Authorities determine the beginning and ending dates of each hunting season in accordance with each animal's breeding periods.

Hunting seasons vary from state to state. Being aware of when each hunting season begins and ends is essential to being a responsible hunter. Understanding hunting seasons protects you from legal penalties, as hunting laws are in place in every state. To learn more about Airgun Hunting Laws and Regulations, Crosman has compiled a comprehensive map that breaks this down for you, by state, to take away any guesswork. It’s broken down by the type of hunting you’re most interested in:

If you want the Cliffs Notes version, here’s a little cheat sheet on the loose seasons per animal.

Deer Hunting typically starts in September and can last until December. Some states begin the open season in September, whereas others don’t open until October or even November. Seasons can last until January, depending on the state.

Duck Hunting is determined annually by the Migratory Birds Conventions. The annual framework for hunting ducks is usually from September to January.

Turkey Hunting season can be during the fall or spring. However, not all states have open seasons for both. Fall seasons also vary from state to state. Some states open hunting season as early as August until October, while some start in November and last until February.

Again, this is just a loose breakout. ALWAYS check with your local governing body to determine when and where the open season is for you and which animals you can safely and humanely hunt. 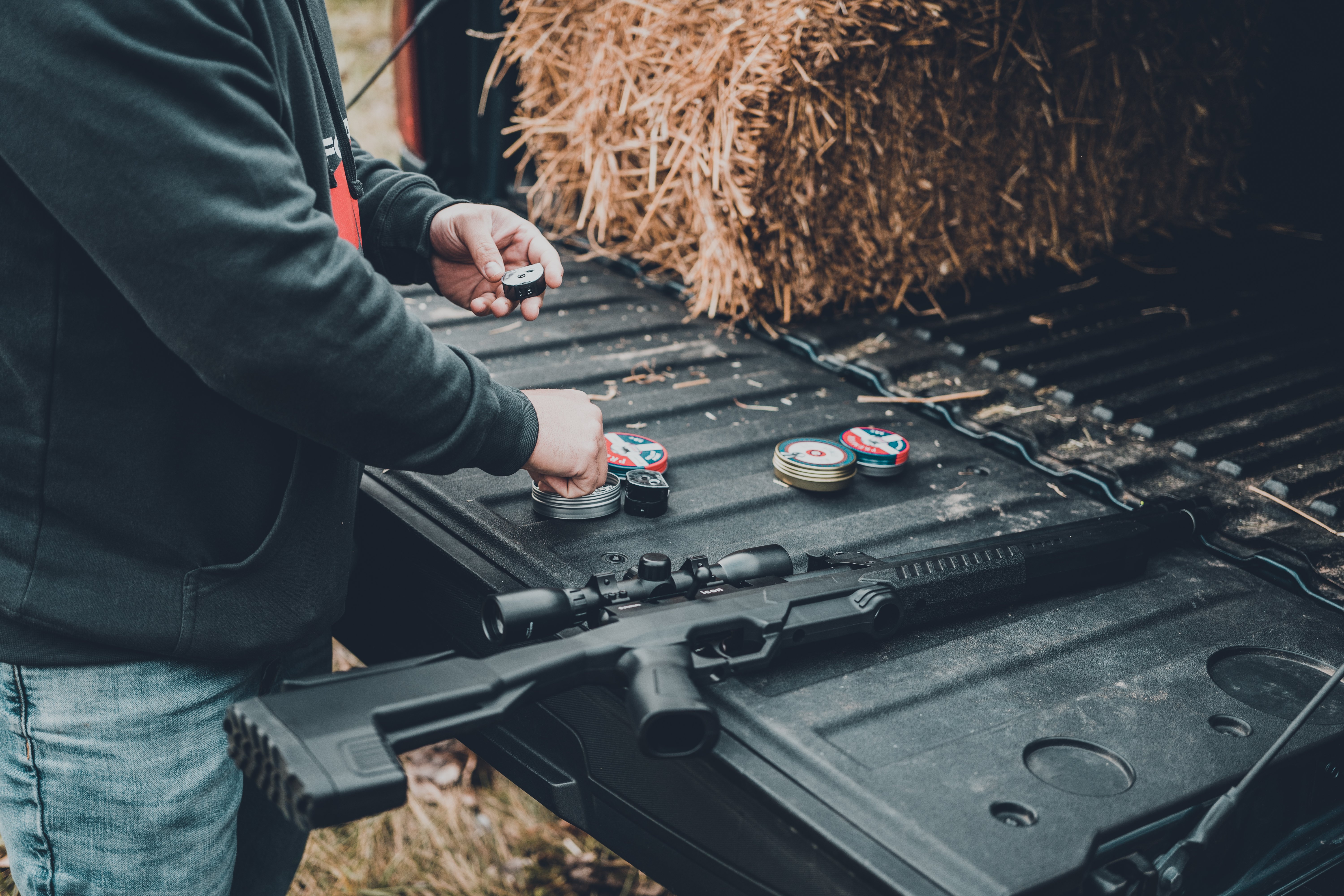 Traditionally, hunting was done with bows and arrows and then transitioned to the use of firearms. With the introduction of the airgun in the 16th century, the sport continued to evolve. Airguns offer seasoned shooters and new members of the sport a great alternative to other forms of hunting equipment. Not only are air guns a cost-effective option (less expensive ammo = rounds and rounds of FUN!), they are safer and quieter for a stealthier and steadier shot. The benefits of owning and hunting wild game with an air rifle just keep getting better!

But where to begin!? Here at Crosman, airgun hunting is a way of life. With our air-powered hunting armory, there is no shortage of equipment to choose from. Whether you’re looking to take down small pests or vermin, we’ve compiled all of our Hunting Air Rifles into one handy section on our site to make it easy to source the best gun for you and your needs.

With that said, our recommendation for hunting would be any of our Break-Barrel Air Rifles. Specifically, any from our Mag-Fire Collection. Right now, we’re really loving the Crosman Mag-Fire Ultra for its refined approach to multi-shot, break-barrel innovation raising the bar over current technologies. The Mag-Fire Ultra includes the patented 12-shot design delivers the lowest profile in its class and utilizes fewer components to reduce failure or jamming. Outfitted with Quietfire sound suppression, an adjustable stock, Picatinny rail, and 3-9x40AO scope, the result is the ultimate in performance and reliability whether you’re on the range or in the field.

Now that we’ve covered the basics of airgun hunting, it’s time to try your hand at the sport for a whole new level of YEEHAW! But, before you hit the field for some airgun hunting adventures, please reference our Airgun Safety page here for a breakdown of how to respectfully use and operate your new Crosman airgun. Have more questions before your first hunting expedition? We’re here to help! Shoot us a note HERE and we’d be glad to offer you some expert guidance.

Happy Hunting, from the Crosman team!

When it comes to small game hunting, Benjamin has an air rifle to fit your needs. Prostaffer Steve...
Read More

Are you a novice hunter looking for the right air gun for the job? Those who wish to take to the...
Read More